Who’s Who In The Star Wars Galaxy: Darth Vader

With the Star Wars franchise returning to Marvel beginning in January 2015, it’s time to get up to speed on the galaxy far, far away with a look back at the story from the classic films! With each installment of the Who’s Who in the Star Wars Galaxy, we’ll cover another key player in one of the greatest adventures of all time!

NOTE: This profile covers characters up to the conclusion of Star Wars: Episode IV A New Hope, where the Marvel comics will pick up 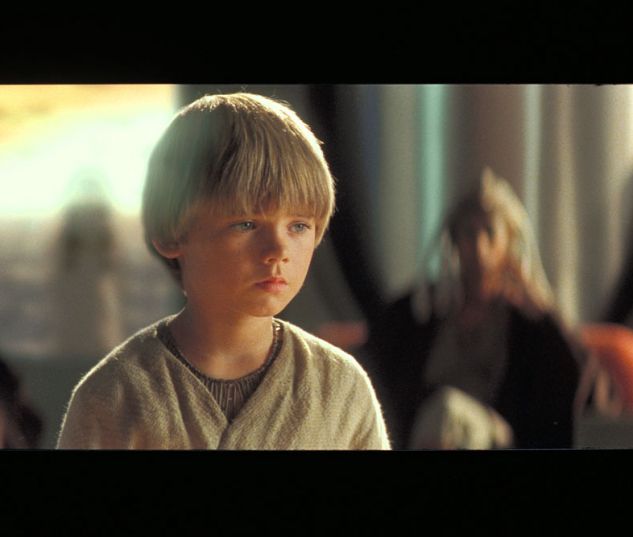 Anakin Skywalker
The tragedy of Darth Vader began on the arid planet of Tatooine with a boy whose destiny would bring the galaxy to the edge of destruction and despair. A mechanical genius, young Anakin Skywalker chafed under his status as a slave to Watto the Toydarian, but remained devoted to his mother Shmi and buried his passion to strike out on his own in the dangerous sport of podracing. When Jedi Master Qui-Gon Jinn and his apprentice Obi-Wan Kenobi arrived unexpectedly on Tatooine, they revealed hope for Anakin’s future by freeing him from slavery and introducing him to Padme Amidala, the woman who would seal his fate forever.

After Qui-Gon’s death, Anakin became the apprentice of Kenobi and thrived as under the Jedi’s tutelage, though his impetuous nature and quick anger worried his master. Under the watchful eye of the Galactic Republic’s Supreme Chancellor Palpatine, Anakin became increasingly rebellious against the Jedi Code, even going so far as to romance and ultimately wed Padme, both forbidden acts. When the galaxy-wide Clone Wars began, the Padawan graduated to the rank of Jedi Knight and proved instrumental in that immense struggle’s victories for the Republic. 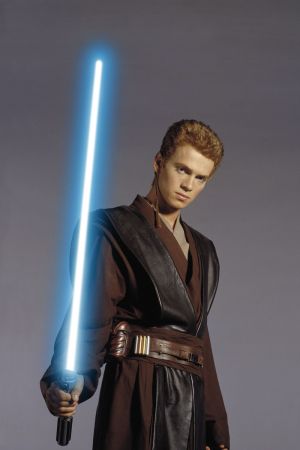 After losing his own apprentice in the Clone Wars, Anakin’s path grew ever darker as he became obsessed with the idea of saving Padme from death during her upcoming childbirth. When Palpatine revealed himself as a Dark Lord of the Sith and declared himself Emperor, the young Jedi fell under his baneful influence. Christened Darth Vader, Anakin marched to the Jedi Temple under his new master’s orders, slaughtering his comrades and bringing about the near-complete destruction of the Order. Obi-Wan raced to confront his former protégé and cut him down, leaving him for dead on the fiery world of Mustafar.

Padme died after secretly giving birth to Anakin’s twin children, Luke and Leia, and the fallen Jedi himself rose from the ashes of his clash with Kenobi more machine than man, twisted and evil in all-encompassing black armor provided by Palpatine. Crushed in spirit by his wife’s demise and unaware of his progeny, he turned to serving the Emperor and helping to eliminate any last vestiges of the Jedi and the Galactic Republic.

Almost 20 years later, Darth Vader oversaw the implementation of the Empire’s new Death Star battle station, but failed to prevent its destruction at the hands of his Force-powerful son, Luke Skywalker, and his daughter, Leia Organa, a leader in the Rebel Alliance against the Empire.

Vader’s might in the dark side of the Force stands as one of the most fearsome powers in the galaxy, second only to the Emperor’s. Though physically weak within his shell of armor, he presents a menacing face to the world, cowing his enemies and subordinates into submission with his righteous anger and commanding presence. Presented with a Rebellion that now presents a serious challenge to the Empire, he must root them out at all costs—or face his master’s displeasure. 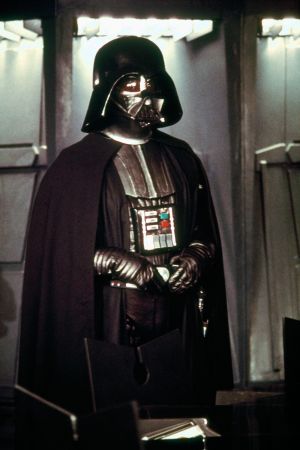 Darth Vader
Continue to learn Who’s Who in the Star Wars Galaxy on Marvel.com, and get ready for STAR WARS #1 in January 2015!
More on Marvel.com: http://marvel.com/news/comics/23879/whos_who_in_the_star_wars_galaxy_darth_vader#ixzz3NWFEl9yD